3/10/2011: Home Parliament: Chiam calls attention to upkeep of state land [The Straits Times]
OPPOSITION MP Chiam See Tong yesterday called on the Government to put up signs on state land to indicate which government agency is in charge of its maintenance. The Potong Pasir MP noted that when residents in his ward saw dirty or poorly maintained areas, they assumed it was because the town council, which he heads, “did not pay enough attention".

However, many of the areas residents complained about come under the charge of other agencies - including the Land Transport Authority, National Parks Board and the Singapore Land Authority (SLA), he said.
He wanted signs informing the public of the agency in charge of the state land, and how it could be contacted. 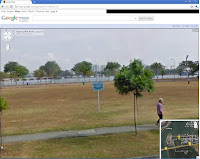 "(The agencies) should also conduct regular supervision and ensure proper upkeep of their respective areas," he added.
In his reply to Mr Chiam, Senior Minister of State (Law) Ho Peng Kee said there is no need to put up signs because “the key agencies, really, are only a few", and the town council knows who to call when residents approach it.
"Indeed. if they are not sure who to call, the town council can call HDB, and HDB will then direct the right agency to come and do the maintenance,” he said.
Associate Professor Ho also suggested that Mr Chiam publish the phone numbers of the relevant government agencies in his town council newsletter.
Mr Chiam could not be contacted yesterday, but Potong Pasir town councillor S. Kunalen told The Straits Times that one area residents often complained about was a piece of land behind the Hindu temple along Potong Pasir Avenue 3, which comes under the purview of the SLA.
ELGIN TOH
http://www.straitstimes.com/Singapore/Story/STIStory_643350.html 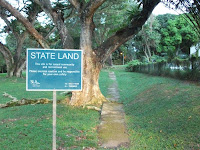